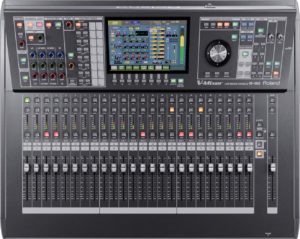 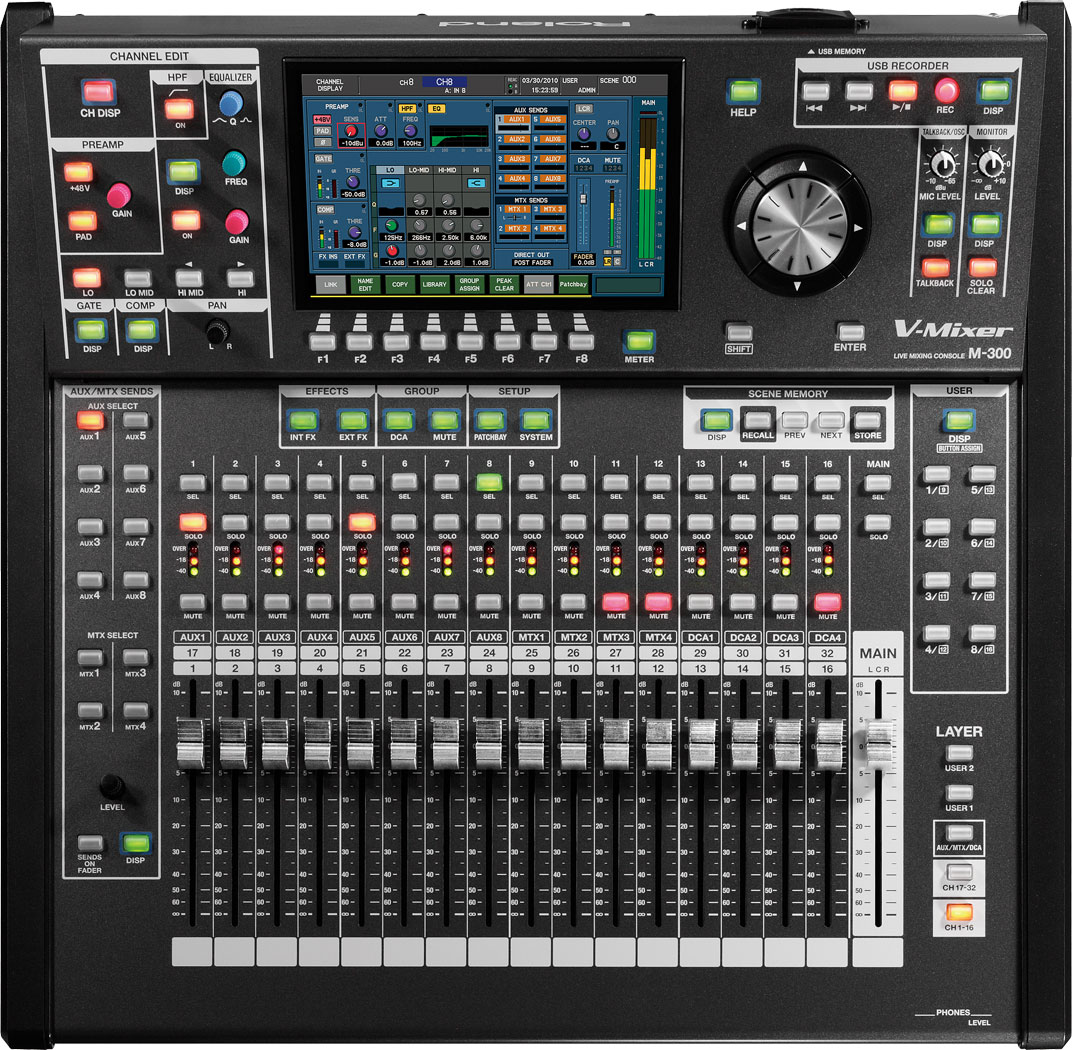 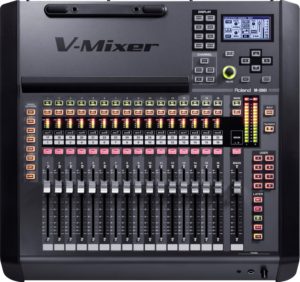 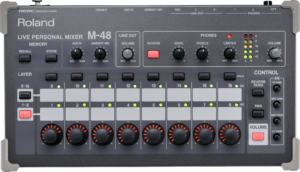 “REAC Embedded Power” is unique Roland technology that enables the transfer of not only the digital audio signal but also the power required by the connected device – all via one CAT5e cable.The S-4000D Splitter and Power Distributor is equipped with 10 REAC ports including 8 ports of REAC Embedded Power. The S-4000D can automatically detect and distinguish a product not supporting REAC Embedded Power. In this case, power is not provided allowing the S-4000D to also function as a standard splitter when required.

The S-MADI REAC Bridge is a bi-directional signal converter between REAC and MADI. This bridge enables connectivity between MADI-equipped digital audio mixers/systems to any REAC-based devices such as the popular M-48 Personal Mixing System, Digital Snakes, V-Mixer Consoles, and Multi-channel Live Recording.

The R-1000 is an intuitive stand alone, dedicated recorder/player designed to work with the V-Mixing System in any live event or production. You can also connect and use the R-1000 with any digital console that has MADI output capabilities by using the Roland S-MADI REAC MADI Bridge.

Records in Standard Broadcast WAV Format
• Records up to 48 tracks of 24-bit audio in BWF format
• Removable Hard disk drive ensures smooth integration with DAWs
• Approximately 20 hours recording (44.1/48 kHz) using 250GB SSD Drive
• Stable and reliable capturing live audio
Multi-track Playback for a Variety of Applications
• Plays up to 48 tracks of 24-bit audio via REAC
• Data can be loaded from external devices
• Marker function enables playback at any designated point
• Analogue monitor output and a headphone output
Flexible Enough to Fit into any Configuration
• Connect with any V-Mixer and control directly from the console
• Connect with any REAC Digital Snake product
• Versatile feature set including video sync, time-code, GPI and RS-232C
• USB ports for backing up data and connecting PC for further software control
• Use with any MADI equipped console in combination with optional S-MADI
Ideal for Virtual Sound Checks, Rehearsals, Playback and Training
• Connect the R-1000 inline between V-Mixer and Digital Snake for selectable playback or record
• Channels can be set to “pass thru” live from the digital snake inputs, record live input or playback from recorder
• Run a complete sound check to tune the room in a new venue with no need for musicians to come early
• Select the musicians (channels) missing from a rehearsal and continue anyway
• Select all or group of channels for selective audio engineering training

The S-4000-SP is a rugged, dedicated digital audio splitter designed for use with the V-Mixing System and Digital Snakes. The unit provides the highest security of audio transmission with back-up REAC ports and heavy-duty Neutrik® Ehtercon® connectors. Using the S-4000-SP REAC inputs can be split into four fully redundant lossless splits for feeds to monitor consoles, recording systems, broadcast trucks or anywhere an input split is required.

The S-4000M REAC Merge Unit allows up to four Digital Snake heads to be merged into a REAC stream where the master device recognizes it as single REAC slave unit.  This important technology enables distribution of multiple input/output units around a location, venue or stage for flexible point-to-point digital snake or V-Mixing System configurations.

Be nice to be doing this again sometime soon... #B

Doing a bit of remixing today.

Have you got your ticket? 20% of proceeds go to Fr

Working on the next @chesneyhawkesofficial Live an

Running through the script for tonight show with @

Catch Chesney Hawkes live for a personal show with

I'm sure we put a show in here yesterday...

Its grim up north...

Derry it is then... #BloodBrothers

Back in that there Dublin...

A bit of @chesneyhawkesofficial on Britannia TV to

Another gorgeous day in St Lucia with Mr Hawkes...

This blokes following me...